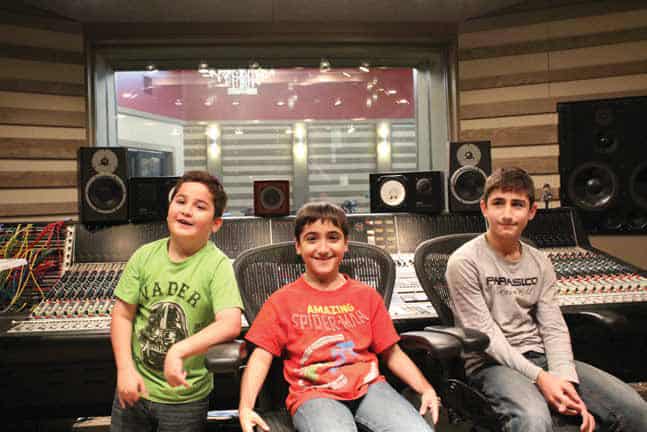 The Prophets of Music Fund is amplifying the gift of creativity

Sometimes even in the darkest aftermath of devastating loss, people are able to find a glimmer of light. When Barclay Hunter lost his son Joshua, who was killed along with four other young people in a multiple stabbing in 2014, he was faced with one of the most horrific situations any parent can go through. Josh and his friend Zackariah Rathwell, who was also killed in the incident, were members of a local band called Zackariah and the Prophets, and music had brought both young men a sense of purpose and joy. In time, Hunter realized he wanted to do something to keep the spirit of his son’s passion alive. The Hunter and Rathwell families worked together, and the result is the Prophets of Music Fund at the Calgary Foundation.

The Fund supports young musicians creating original music and it has granted more than $20,000 to organizations focused on youth and music.

“Despite the fact that this was born out of a very tragic event, it’s really taken on a dynamic and very creative approach,” Hunter says. “Josh was very much a person who would reach out to people and wasn’t shy about offering help. This is about music, but it’s also about doing good things with music.”

One of the Fund’s cornerstones is its Emerging Artists Program, and it has funded existing charities that encourage music development in youth. Here’s a look at just one of the initiatives that the fund has supported:

Children’s Wish Foundation
Joshua Hunter found tremendous joy in helping others, which makes the Children’s Wish Foundation another natural partnership for the Prophets of Music Fund. The foundation’s mission of fulfilling wishes for children age three to 17 who are suffering from life-threatening illnesses and supports many young people who dream of making music.

Through the Prophets of Music Fund  nd the Children’s Wish Foundation, OCL Studios recently provided a space for a teenager with cystic fibrosis to fulfill her wish to record a CD of her own songs. The studio also has deep ties to other projects with the Prophets of Music Society, and owner Dan Owen says the world-class calibre of the studio gives visiting kids a real sense that they’re doing something big.

“We’re an absolutely legit studio,” he says. “So these young people coming into it get over a little bit of the ‘holy cow’ aspect, and then you start to see the professionalism come out of them due to the environment that they’re in.” Kyla Martin, the Alberta and Northwest Territories director for the Children’s Wish Foundation, says musical wishes, from recording time to instruments, represent something beyond the chance to make music for kids undergoing medical treatment. It’s a chance to raise their voices and feel like they have a place in the world, which fits perfectly with the Prophets of Music Society’s philosophy. “It allows them to tell their own story rather than having their story told for them,” Martin says. “They get to focus on something other than their illness. It allows them to be not just a kid who has cancer, but a kid who is a musician.”