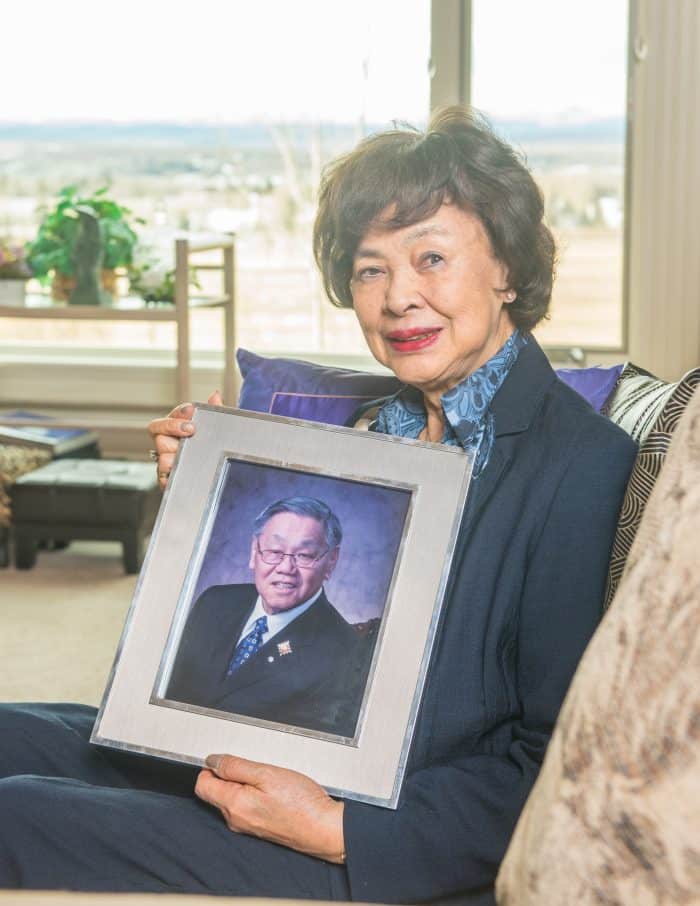 As the child of Chinese immigrants, the late Hon. Norman Lim (Normie) Kwong experienced his share of challenges as he grew up in Calgary.

But if Normie was anything, he was resilient, and that led to him breaking barriers to become an award-winning athlete, upstanding family man, successful businessman and, eventually, Lieutenant-Governor of Alberta.

A Canadian Football League all-star running back, he played for the Calgary Stampeders from 1948 to 1950, and then with the Edmonton Eskimos for nine years until his retirement in 1960. Dubbed the “China Clipper,” Kwong was the first Chinese Canadian to play professional football, and was a four-time Grey Cup champion.

He was also a successful commercial realtor and part owner of the Calgary Flames from their inaugural season in 1980 until 1994.

When Kwong passed away at age 86 in September 2016, his family—wife Mary and four sons—immediately wanted to find a way for those wishing to honour his life to contribute in his name, as a way to give back to the community that supported him so well.

The Hon. Norman L. Kwong Memorial Fund was established at Calgary Foundation to continue Normie’s legacy in the city.

“He was brought up here, and played football, and got famous, and he just loved living here,” says Mary Kwong. Throughout her home on Calgary’s west side, there are photos of the family patriarch with Mary and his four sons, as well as with numerous dignitaries, including Queen Elizabeth II.

Son Randy says his father’s love of sports ran throughout his life, and as a father, he logged countless hours at his boys’ early-morning hockey practices.

His foray into government showed him how vast and diverse the province’s communities really are, Randy says, and Normie and Mary made a special point to visit even the smallest of towns so all Albertans would know they mattered.

After some family discussion, it was agreed the Calgary Foundation Fund in Normie’s name would have a special focus on immigrant youth and sports.

One of the Fund’s beneficiaries has been Soccer Without Boundaries, a grassroots organization to help immigrant and low-income children of all ages and skill levels play soccer.

“When we talked about Dad’s childhood, he was a kid playing in a sandlot with all the other immigrant kids, and it would have been a few local kids who taught him how to skate and play football. That’s where he came from, and that is what we feel he would want to contribute back to,” Randy says.

“Who knows, maybe there’s an immigrant kid who will pick up a football, and in 20 years he’ll be playing in the CFL.”