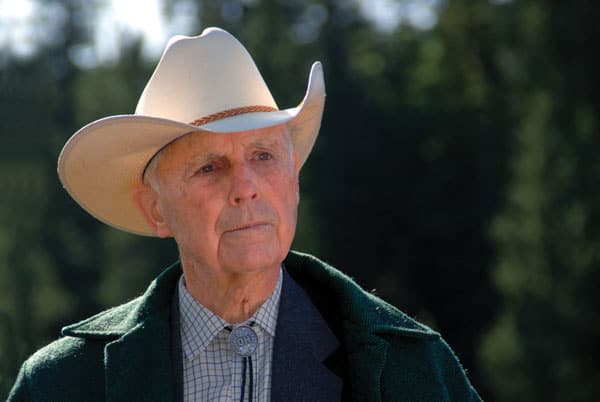 Daryl K. “Doc” Seaman has been described as a hero, icon, pioneer, philanthropist, visionary and legend.

On the list of his many achievements, he was an original owner of the Calgary Flames and was instrumental in bringing them to Calgary in 1980. Among his many accomplishments, Doc was also known for his wartime experiences as a World War II pilot, and for his civic contribution as a member of the Royal Commission on Economic Union and Development Prospects for Canada, 1982-1985. Doc received two honorary Doctor of Laws degrees and was appointed an Officer of the Order of Canada. His philanthropic giving ranged from supporting medical education to funding entrepreneurial initiatives. Doc’s love for ranching, hockey and sports, and his dedication to community will leave a lasting legacy for years to come.

Our 2022 Doc Seaman Amateur Sports Program is now closed. Please visit this page in the fall of 2023 for updated information.

The grant request deadline is noon on November 15 of each year. The purpose of grants from the Fund is to support:

Proposals should include plans for long-term sustainability and financial support from the local community as the Fund will not be able to support ongoing operations.