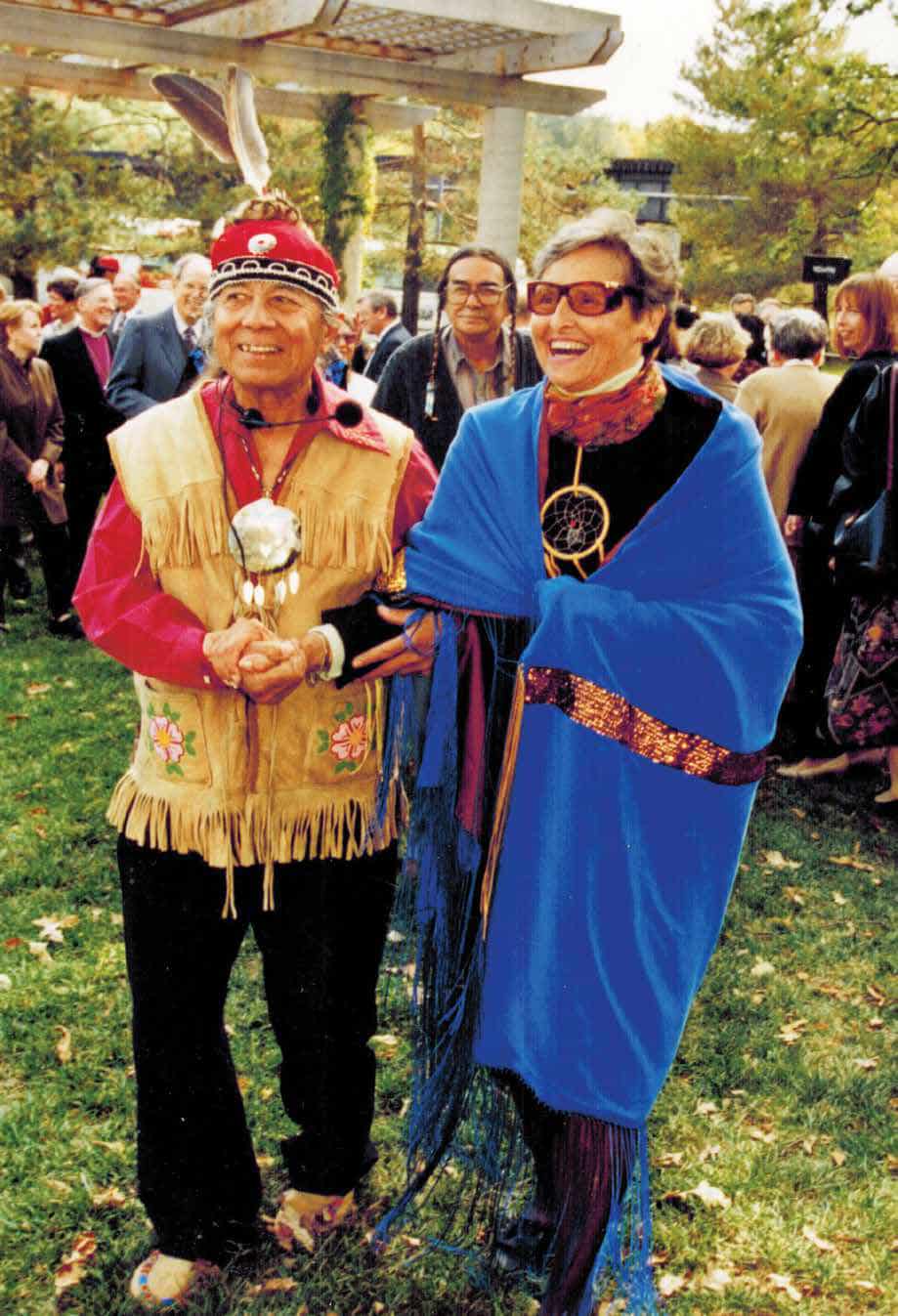 Joy Maclaren lived and breathed the giving spirit of her father, Eric Harvie

THERE WAS A CHINOOK blowing through her all the time.” That’s how Donna Livingstone describes the late Joy Harvie Maclaren, the Prairie-raised, warm-hearted and spirited daughter of influential Calgary philanthropist Eric Harvie.

“She was always a daughter of the West,” says Livingstone, president and CEO of the Glenbow Museum. “She was her father’s daughter.”

Harvie, whose community work included founding the Glenbow, made his fortune from mineral rights in the late 1940s. He led by example in teaching his three children—Joy, Don and Neil—the importance of using wealth to help others succeed.

“Both she and her father were supportive of learning and education,” says Livingstone, who edited a collection of Maclaren’s personal essays titled Spirit of Joy. “What really caught her heart was a commitment to Indigenous studies and Indigenous education.”

Maclaren had immense respect for First Nations culture, particularly its  artistic workmanship and connection to nature. She was a champion of Aboriginal traditions, and encouraged younger generations to retain their culture and language. That was why Maclaren created funds through the Calgary Foundation in the mid-1990s, which awarded scholarships to Aboriginal post-secondary students in Alberta who demonstrated an interest in preserving their traditional culture. She established other awards for students in Nunavut, Quebec and Ontario, and invested in numerous other projects focused on Aboriginal education, including the New Sun Conference on Aboriginal Arts at Carleton University in Ottawa, where she lived the latter part of her life.

She died in 2014. “Through her support of First Nations, Métis and Inuit students, Joy always hoped these students would bring what they had learned back to their communities, whether they had studied nursing or became teachers or leaders in management,” says Darlene Chrapko, student awards officer with the Calgary Foundation.

“I think her legacy is the support of a generation of Indigenous scholars who were able to pursue their dreams, and pursue education,” says Livingstone.