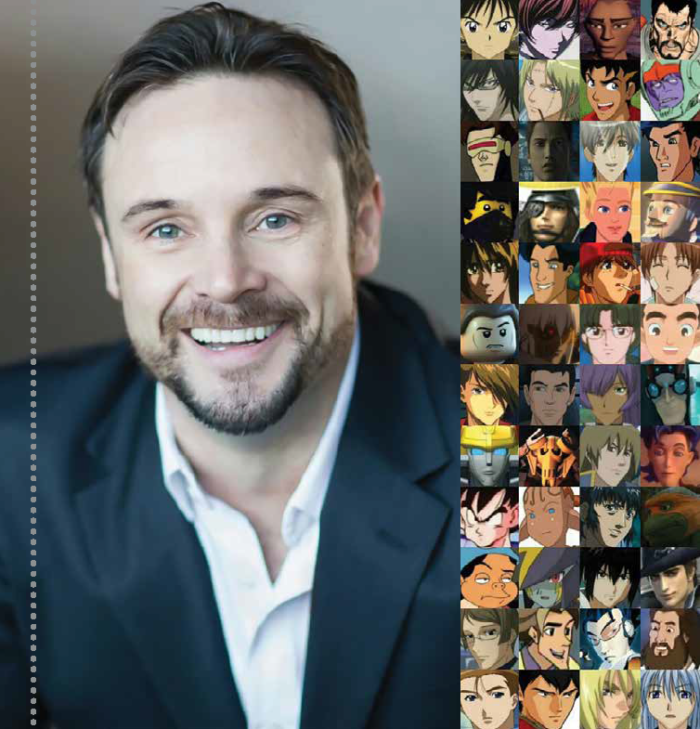 Kirby Morrow grew up with dreams of being a lawyer, but wound up captivating audiences through a different medium. He voiced Michaelangelo on the Ninja Turtles: The Next Mutation series, Trowa in the series Gundam Wing,Goku in Dragon Ball Z, and regularly appeared as Capt. Dave Kleinman on Stargate: Atlantis.

Whether working at the drugstore, lifeguarding at the local pool or walking the halls of their high school in Jasper, Alta., Kirby had a commanding personality, recalls his brother, Casey.

“He loved people,” says Casey. “One thing that stood out was how he would make friends with anybody. He never hung out with just one group; he always tried to include as many people as he could.”

Kirby soon found his voice as an actor. After graduating in the 1990s from the theatre program at what was then Mount Royal College, he moved to Vancouver and found success. He worked steadily as a live-action and voice actor, always taking time to coach new talent in the industry.

Kirby gained strength from being around others, says Casey. When COVID-19 confined people to their homes, Kirby, who had lived with mental illness for many years, found his own mental health took a turn for the worse.

After losing his father to cancer in November 2020, Kirby passed away eight days later at the age of 47 from complications related to alcohol addiction. The tragedy devastated the family, but they were overwhelmed with stories from Kirby’s friends and fans who shared how much Kirby guided them through their darkest days.

“It was amazing to see the support,” says Casey. “That’s what led me to think, ‘We have to build something with this and make  something out of a horrible situation.’”

“Kirby loved being a teacher,” says Casey. “He loved the energy of people who were still excited. He was there for them and loved helping them out.”

Through crowdfunding, the Morrow family is close to their $50,000 fundraising goal, allowing more scholarships to be awarded this fall.

“There are so many people who lose a loved one to mental illness and substance abuse, and they don’t get to turn it into anything good,” Casey says. “Now seeing it, we are so happy it has done some good, and Kirby knows he had a hand in making somebody else’s life a little better.”