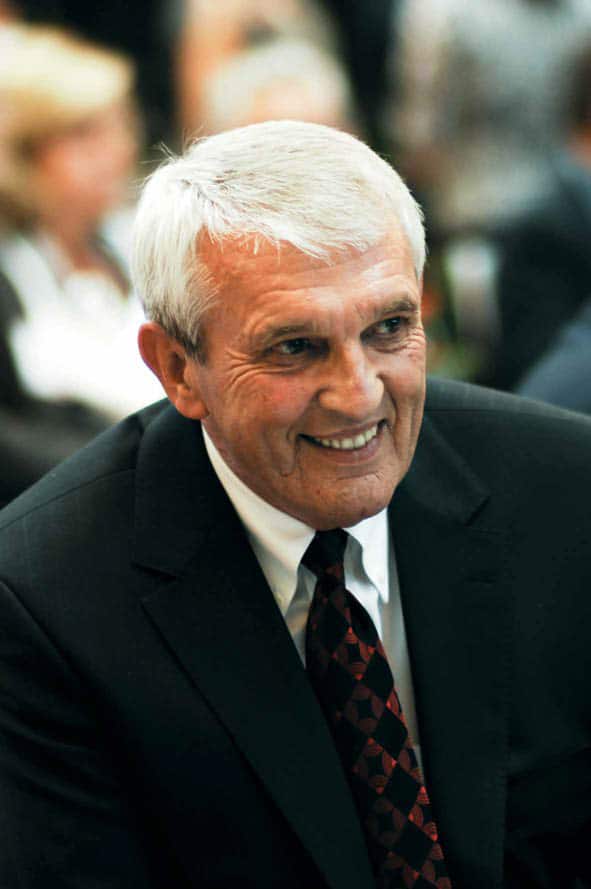 John Aldred’s passion for giving has become a family trait

EVERY YEAR, ON A WINTER SATURDAY MORNING just a few days before Christmas, John Aldred would bring his three children to the nearby Safeway store. There, young Jennifer, Jessica and Ryan would each pack a hamper full of food and toys to donate to a family for Christmas dinner.

“My dad’s background wasn’t one of affluence growing up, so the fact that there were more  unfortunate people than us was always part of his awareness,” says Jennifer, now a mother herself. “He taught us that there are simple ways to help your community and be aware of the needs of other people. That was a major part of how we grew up.”

John moved to Winnipeg from England in 1967 as a certified agricultural engineering technologist, thinking the vast Canadian prairies would be a perfect fit for his skills and spirit. “I found out two things when I got there,” he says. “The first was that it was freezing cold, and the second was that no one recognized my education and they didn’t know how to value it.” A trades career was looked on as “the lowest of the low,” he adds.

But that didn’t stop him from working his way up. He began as a mechanic’s helper, and after moving to Calgary became a heavy-duty mechanic, then president of Pamco Ltd. By 1980, he had founded Enerflex Ltd., supplying industrial equipment to the global oil and gas sector.

John always insisted on giving back. Because of his respect for education, especially in the trades, he began in 1998 to give to community organizations including the Calgary Foundation. Today, his entire family is involved as donors with the Foundation, and John has worked closely with SAIT Polytechnic to boost trades training. In 2010, he and his wife Cheryl made a record $15 million donation to expand and modernize the school.

“Canada had been very good to me, so it was time to put something back,” he says. “But I wanted it to be something I had a passion for. I didn’t want to just write a cheque and be done with it.”

Adds Jennifer: “It was so inspirational to see that one individual can make such a big difference. It was a cause he really valued and felt passionately about; it was a coalescing of everything he ever believed or taught us to believe.”

It’s been a long time since John took his kids to collect food for hampers, but Jennifer, Jessica and Ryan have since taken on community projects of their own and are involved with annual giving through the Calgary Foundation.

Jennifer’s charitable work has focused on education, particularly helping gifted children reach their potential, while Ryan and Jessica have done international projects such as building a school for girls in Kandahar, Afghanistan. Through these and other initiatives, John and Cheryl have seen their charitable spirit flow through to the next generation.

“I’ve always tried to make giving a normal part of their lives,” John says. “I’m happy we’re all involved with something so meaningful.”