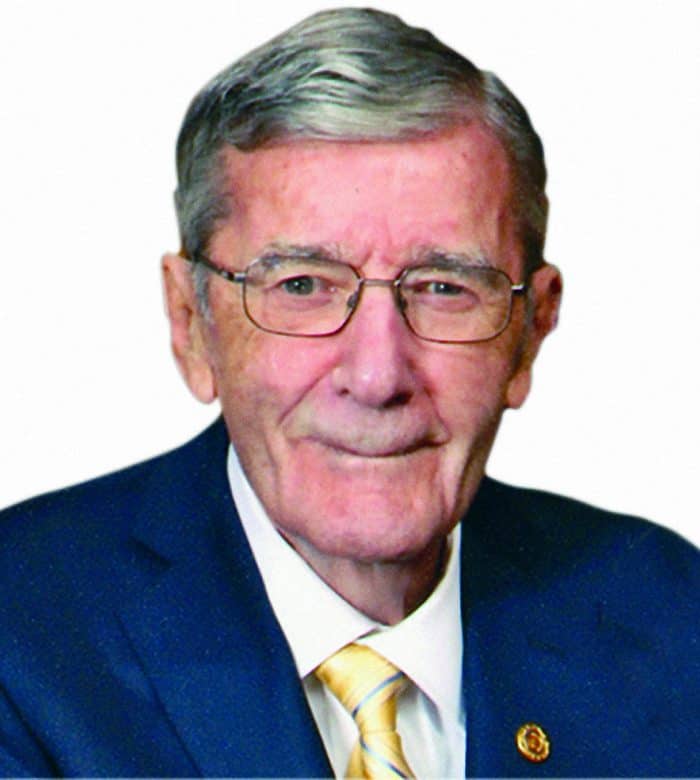 Hayden spent a lifetime dedicated to his community, leaving a legacy that will forever be engraved in the hearts and history of the city he proudly called home.

Looking back at the history of Calgary Foundation, many influential people have provided visionary leadership over the past sixty years. But the Foundation’s story of success cannot be told without the mention of one key player – Hayden Smith.

A well-known and respected Chartered Life Underwriter, Hayden built an extensive career serving his clients and used his influence to rally support for community. As a volunteer with Calgary Foundation, Hayden shared his leadership and community-building skills, acting as Vice President of the Board, and most notably, organizer of the famous Million Dollar Dinner held in 1979.

Twenty-four years after its founding in 1955, with assets of only $120,000, the Foundation was struggling to raise its profile and grow its asset base. As head of the city’s Estate Planning Council, Hayden came up with a plan to get the organization moving. Invite Calgary’s most wealthy and influential people to dinner. Charge $1,000 a plate. Raise $1 million dollars.

With the support of the Foundation’s Board Chair, Harry Cohen, Hayden’s dream became a reality. The first of its kind in Canada, the dinner surpassed its goal, raising an astonishing $2 million. This would be an amazing feat for 2018, let alone in 1979! There is no doubt that the million-dollar dinner gave the Foundation the momentum it needed, and we haven’t looked back since. Nicknamed “Spark-Plug Smith” for his infectious personality and never say no attitude, Hayden was one of Calgary Foundation’s finest ambassadors. In 1996, Hayden was named an Honorary Life Director, a fitting title to recognize decades of service and an unwavering commitment to his community.

In his lifetime, Hayden saw the Foundation’s endowment grow from $120,000 to over $900 million – monumental success for which he had a large part in laying the groundwork.

Thank you, Hayden, for sharing in our journey to make this community a great one. Your significant contributions as a pioneer of this movement will live on forever.