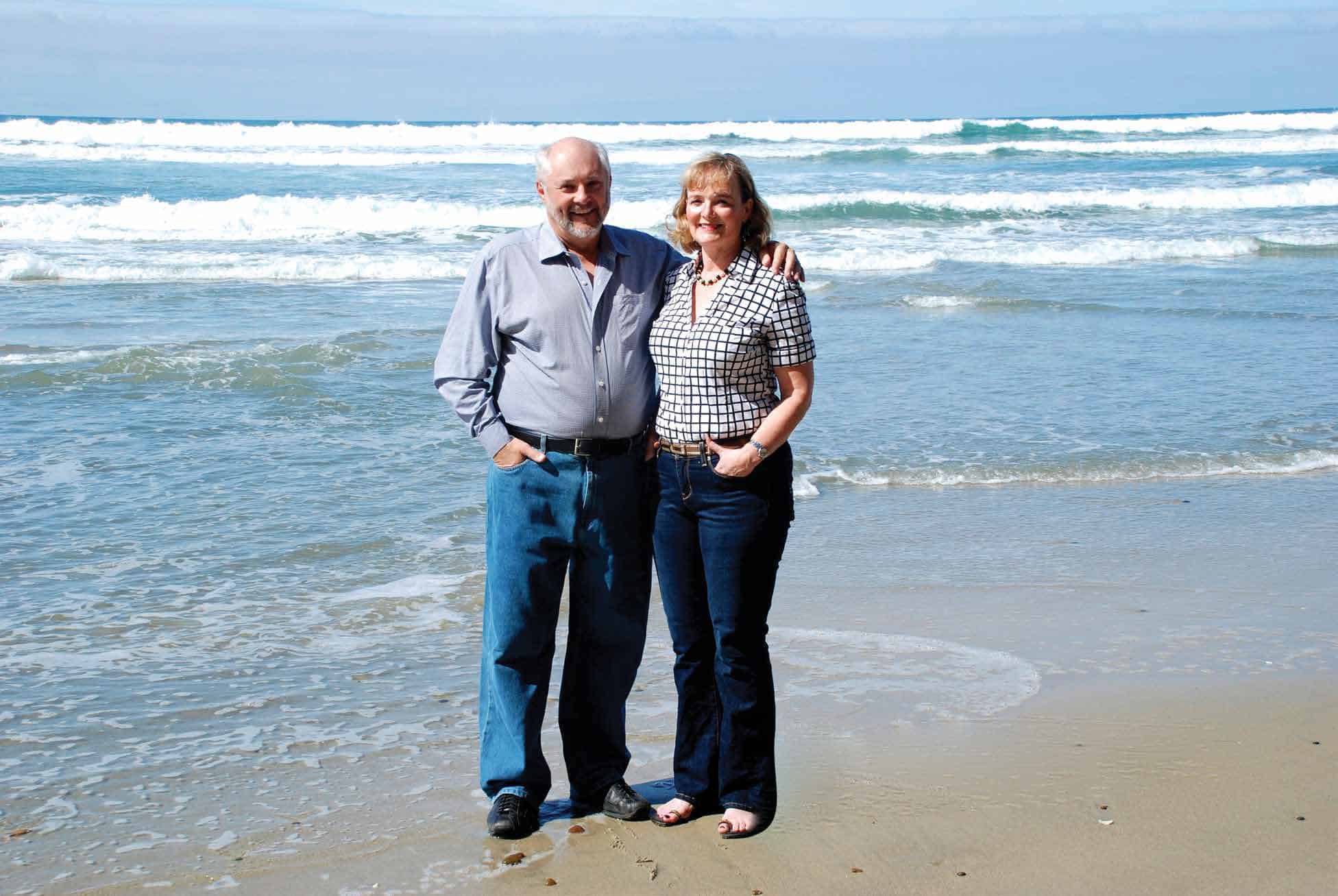 When it comes to facing difficult times, Marilyn and Mark Brown have been there.

MARILYN AND MARK Brown know first-hand what it’s like to live in tough times. The Calgary couple has weathered several boom-and-bust cycles in our city, including a particularly challenging period for them more than 20 years ago. And they’ve both been on the receiving end of help from non-profit organizations, giving them a feet-on-the-ground perspective as their wealth has grown.

“I remember the nightmare of using my debit card at the grocery store and having it denied, calling Mark and then calming his panic because I knew we’d get by on what was in the pantry,” Marilyn says. Mark recalls going to the local junkyard with his kids to hunt down parts for the car the couple was trying to keep running, and seeking help from a food bank.

But career success in the energy industry followed, and now Marilyn watches from their San Diego winter home as fishermen cast nets along the California coast. The Browns explain what they hope to achieve with their philanthropy, and specifically the Mark & Marilyn Brown Family Fund at the Calgary Foundation, which will donate to eight agencies this year.

“Just like those fishermen, I’d like to cast as wide a net as possible with my time, treasures and talents, diversifying the fund,” says Marilyn, who attends grassroots Calgary Foundation committee meetings and has volunteered farther afield, including at an orphanage in Burkina Faso in West Africa.

“I’m always interested in the smaller causes that need our special attention and in helping people who may fall through the cracks, but I’m also passionate about international development,” she adds.

When the Browns established their Donor Advised Fund at the Calgary Foundation in 2010, the focus was necessarily narrower. “I wanted to cover the arts community, as well as women’s issues and international development,” says Marilyn, who has been an artist, actor, musician, painter, photographer and freelance writer.

The fund has since grown tenfold from its original amount, allowing for a wider range of recipients including the areas of mental and physical health, Mark says.

“My passion is setting an example of philanthropy with my peers and young people in the industry,” adds Mark, a retired oil and gas executive in his mid-50s. “I talk to them as much as possible about how they can set up a legacy through philanthropy now.

“Some younger people have wealth they can never spend in their lifetime. Philanthropy and a legacy of giving is something they can teach their children and the next generation.”