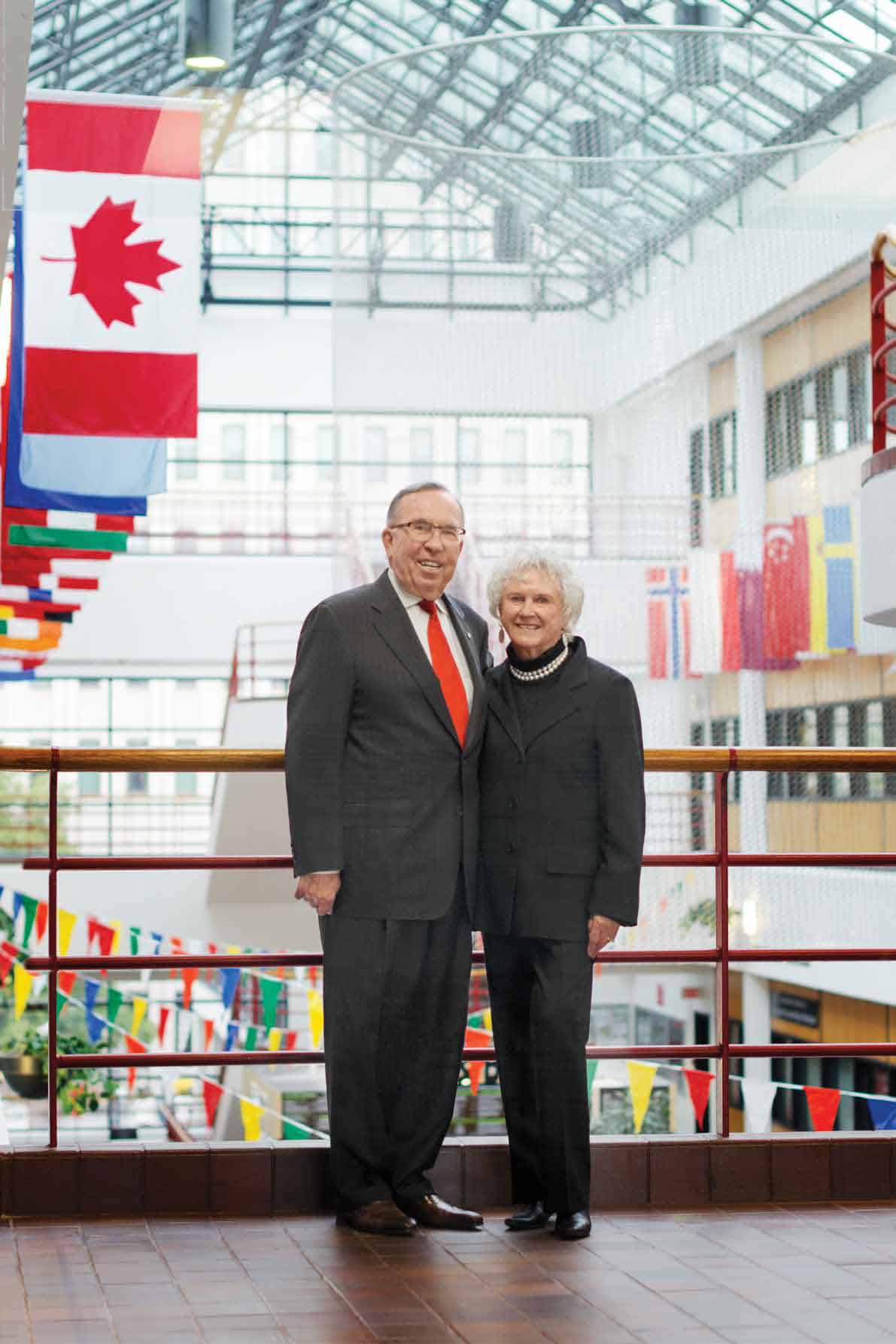 EVEN THOUGH HE WAS A CHILD AT THE TIME, Dick Haskayne remembers with clarity a young woman coming into his family’s butcher shop in Gleichen, Alta., looking to buy a roast to feed her family.

At the till, his mother asked how much money they had. “Two dollars,” the customer answered.

“My mother would mentally go through it in her head, knowing that they had four kids and a $2 roast wouldn’t feed them,” Haskayne says. “So she pulled a big roast out, threw it on the scale and said, ‘That’ll be $1.95.’ That was how I grew up. In her own Robin Hood method, she carried people.”

Born in 1934, Haskayne grew up during the Great Depression. He watched his parents give whatever they could to keep the town fed, instilling in him his own giving spirit.

Years later, he graduated from the University of Alberta with a Bachelor of Commerce after his high school teacher pushed him to pursue business. He became a chartered accountant at Hudson’s Bay Oil and Gas in 1960, launching a career that has today made him a household name in Calgary thanks largely to the University of Calgary’s Haskayne School of Business, named in his honour in 2002.

But the lessons his parents taught him never waned. Along with his wife, Lois, he created Haskayne Gleichen Cluny Bassano Community Fund and Scholarship Awards with the Calgary Foundation in 2005, and has since made grants totalling $1 million to young students.

“The reason for all of this is to encourage these smalltown kids to get educated,” he says. “Because if it hadn’t been for the advice and encouragement of one teacher, I never would have gone to university.”

The Haskaynes also offer 20 different $4,000 scholarships to rural first-year students who enrol at the University of Calgary, Mount Royal University and SAIT Polytechnic. “If you don’t have education, your choices are very limited,” Lois says. “So giving young people the ability to achieve higher learning in order to have more choices for their lives is what we’re all about.”

Beyond the dollars and cents, Dick has also offered his time to various other organizations, acting as the chair of the board of governors at the University of Calgary and as trustee of the Alberta Heritage Foundation for Medical Research.

Philanthropy has long been defined as love of humankind in the form of time, talent and treasure — and as powerful as money, or treasure, can be, it’s worth little without the other two components.

“Philanthropy is giving, and gifts can also be time and effort,” Dick says. “My parents were every bit as philanthropic as we are; they helped more people than you would ever imagine. So my philanthropy started in my little town of Gleichen. They taught me that from the time I was a little kid.”