Calgary Foundation / Donor Stories / A Gift to Give 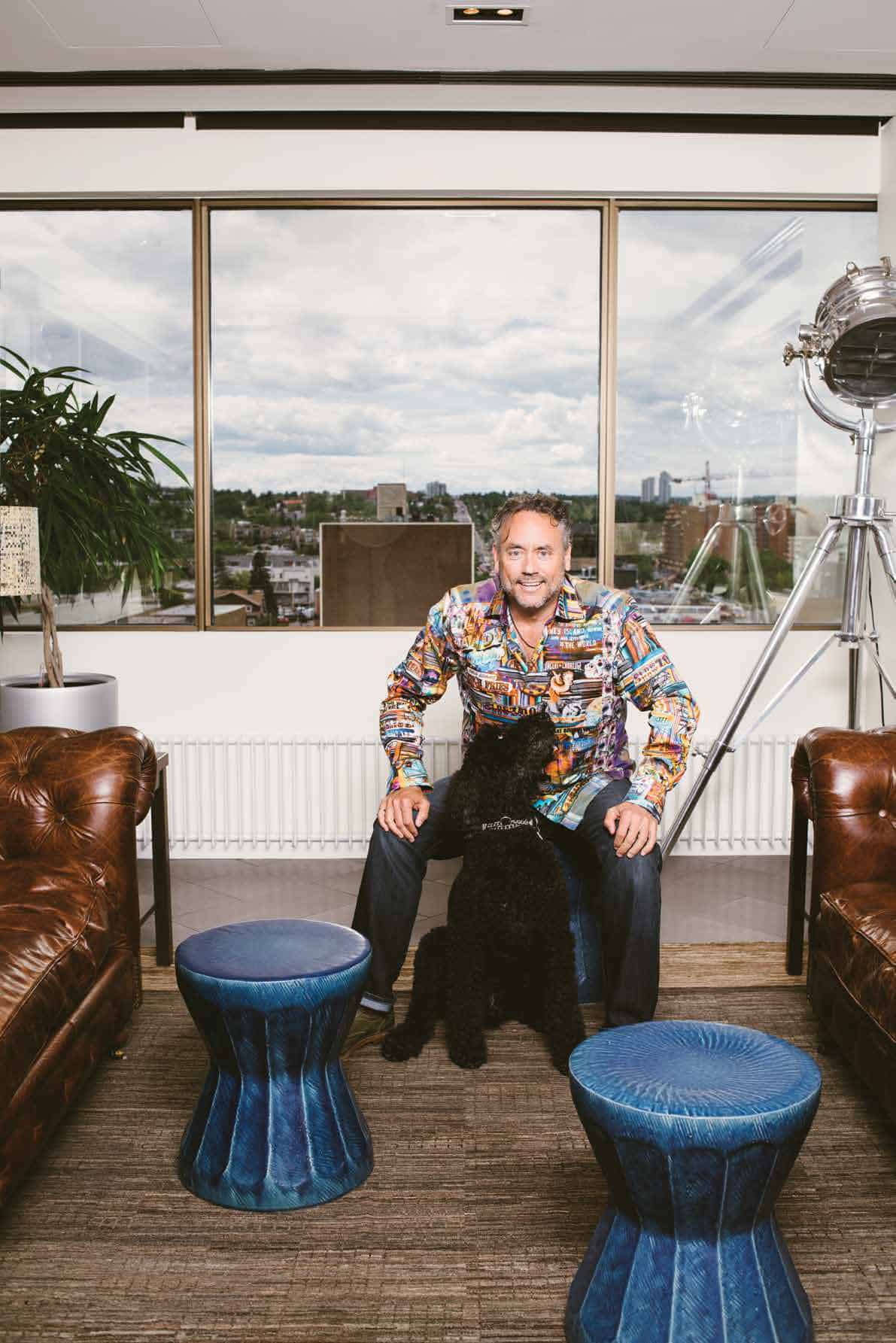 For W. Brett Wilson, having the ability to help build community is a blessing

SOME MAY SEE community involvement as a duty. But W. Brett Wilson believes it’s a privilege.

Wilson says he grew up in a household where community leadership was an expectation. His parents were active volunteers for a number of charities and non-profit organizations in their Saskatchewan hometown.

The late Daryl K. (Doc) Seaman, philanthropist, oilman and an original owner of the Calgary Flames, further inspired Wilson. The two men had a lot in common. Bornand raised in Saskatchewan, both built career success in Calgary and both were diagnosed with prostate cancer. Seaman and Wilson each put a priority on supporting community through the Calgary Foundation, which manages two foundations for Wilson.

“Doc was one of the gods of the industry,” Wilson says. “I saw in him someone who was loved and respected by his peers. He made a few dollars — but was never bothered by people calling on him to share his wealth and do something for the community. He increasingly saw it as an opportunity.”

Wilson has done his best to follow Doc’s lead. “Walking behind him was a pretty cool opportunity.”

Then there was stepping into the spotlight of reality television, which made Wilson a household name, elevating his personal brand to something he now uses to draw greater attention to causes he’s passionate about.

“Thanks to an odd little reality TV show that I haven’t been on for five years, I enjoy a profile far beyond what I deserve. But I’m running with it.”

For example, this past summer Wilson shaved his “cancer playoff beard” — which he had grown for nearly a year after facing (and at last report, overcoming) his second bout of cancer — to help raise $50,000 for the Sheldon Kennedy Child Advocacy Centre.

But you don’t need to be prominent or rich to make a difference in your community. All you need, Wilson says, is time, a little bit of money and a knack for leadership.

He illustrates his point with an example of a child who buys a checkerboard (giving money) to play checkers with seniors at a local centre (giving time), who then inspires her friends to also get involved (showing leadership).

As for the Calgary Foundation, Wilson says he trusts it to provide top-notch financial administration as well as guidance on his own and his family’s charitable giving, which focuses on causes from cancer research to mental health, domestic abuse prevention and sports and recreation for young people.

“Mother Teresa’s great line was ‘no act of charity is too small,’” Wilson says, before adding: “But when I’m fundraising, I flippantly say, ‘no charity cheque is too large!’”