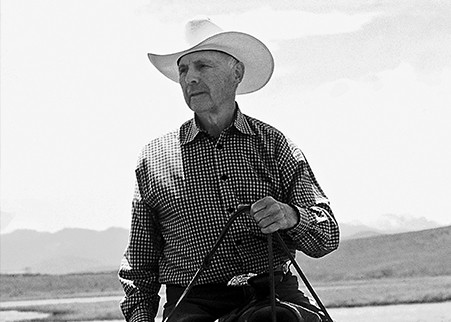 The gift Doc Seaman left to Calgary Foundation may be extraordinary, but it’s the fitting final act in a life characterized by generosity and love of community.

Daryl K. (Doc) Seaman spent a lifetime creating opportunities for others — and he continues to do so four years after his death, with a record-breaking gift of $117 million to Calgary Foundation. Doc was an Alberta business and sports legend, a philanthropic leader and a true believer in the community foundation endowment model. His unprecedented gift is consistent with his reputation as a compassionate straight shooter who led by example. “The incredible generosity of Doc Seaman means we’ll have more unrestricted dollars to grant — more than $4 million per year, every year,” says Eva Friesen, Calgary Foundation’s president and CEO. “In the next 100 years, Doc’s gift will grant $1.8 billion. That is an amazing benefit to our community.”

Born in Rouleau, Sask., Doc grew up during the Great Depression. When his father, Byron, launched a road-building business, Doc worked on the crew. He became known as a gifted athlete, playing junior baseball and hockey among the province’s elite players. He flew 82 combat missions as a Second World War pilot, and later was co-founder (with his brothers, Byron Jr. and Don) of oil and gas company Bow Valley Industries. Doc was instrumental in bringing the Flames hockey franchise to Calgary, as well as the 1988 Winter Olympics, and he used his wealth and wisdom to quietly strengthen the province’s amateur sport and health care sectors. His generosity will continue to be felt across Alberta, and particularly in the city where he spent most of his life. Says Friesen: “Calgary Foundation will use this increased grant-making capacity to support all areas of the charitable sector, large and small, including grassroots organizations. We’re working with charitable partners to identify opportunities that will have the greatest impact, and we welcome conversations with charities to identify transformational projects.”