Calgary Foundation / About Us / Our Stories / Belong, Grow, Thrive and Lead: Power of Potential Campaign 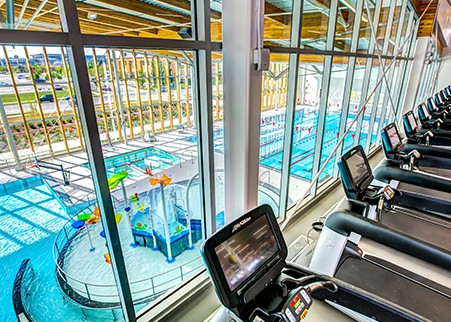 When YMCA Calgary began operating as a place of sport, recreation, community and learning over a hundred years ago, Calgary’s population was 4,398 and the “Y” had a mere membership of 125 citizens.

Now, with a population of 1.25 million, there are over 40,000 people accessing YMCA Calgary’s services each month.

Due to Calgary’s significant growth and YMCA Calgary’s firm commitment to supporting the physical and mental well-being of all Calgarians, the YMCA Power of Potential (POP) fundraising campaign was launched in 2015 to ensure new community recreation centres would be built in several underserved communities.

The new facilities will provide a blend of leisure, sports, arts, cultural and recreational amenities for individuals and families as well as competitive sport venues for groups and organizations. The facilities are owned by the City of Calgary, which contributed $447 million to the total project budget.

“With beautiful architecture, state-of-the-art equipment and plenty of natural light, the facilities will be world class,” says Narmin Ismail-Teja, chair of the YMCA board of directors. “But when I think of the Y, it’s not about the facilities; it’s about the community work. It boils down to four words: belong, grow, thrive and lead – that’s what we’re about.”