For the remainder of 2020 and the first half of 2021, Calgary Foundation had decided to allocate funding normally directed to the Major & Signature Grants program towards pandemic relief, recovery and resilience. This will allow us to support as many charitable organizations and Treaty 7 Nations as possible during this difficult period.

We will take this to time to consult with the community and consider how the Major & Signature Grants program can emerge to best support communities in Calgary and the surrounding Treaty 7 Nations. We will be consulting with community to get a variety of perspectives.

If you are interested in have a conversation about how Calgary Foundation can support transformational change, please contact Ingrid Wasylyshen.

GuyTalk is an online interactive resource hub that supplies information, support, and referral services for men with family and relationship concerns. It will serve all men – those who have demonstrated abusive behaviours and want to change, those who have been harmed by family violence and abuse, and community supporters who see opportunities to help end family violence and abuse. We want to support men whose lives have been affected by family violence and abuse, and supply the tools for community members to become engaged bystanders. It will provide all men with the help and support they need to live healthier and fuller lives. GuyTalk will not only dramatically increase service accessibility and engagement locally, it will transform the way the family violence sector serves clients with a much more integrated model of engagement and increased organizational learning. Importantly, we believe this project has the potential to be a part of a long-term decrease in the rate of domestic violence in Calgary and our surrounding rural areas. 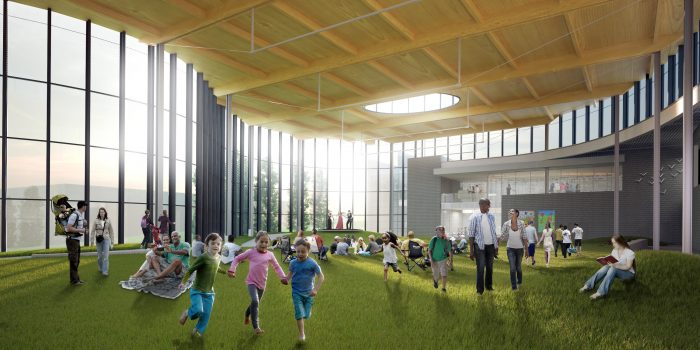 Vivo is working with the community to design and animate new, innovative spaces that combine eastern and western philosophies which unite all ages, abilities, and cultures.  The expansion, with its one of a kind indoor park, enhanced fitness and pool areas, and the research and innovation centre will serve as a national role model for healthy living leadership. 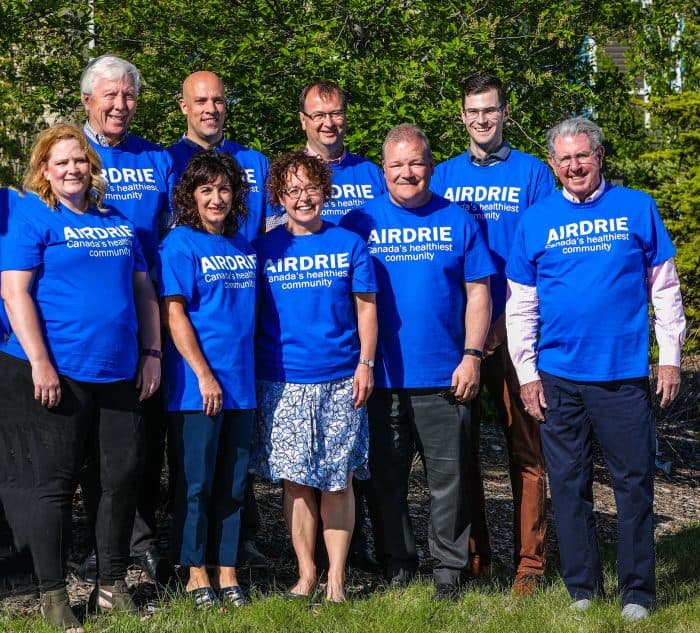 City of Airdrie and Abrio Health have partnered to make Airdrie the Healthiest Community in Canada.  This will be the first Blue Zones Project in Canada using this systemic approach to improve well-being.  By optimizing the settings where we routinely spend our time – such as worksites, schools, restaurants, grocery stores and neighbourhoods – we make healthy choices easier and naturally adopt healthier behaviours together as a community.  Together we will increase healthy life expectancy by 3 years. 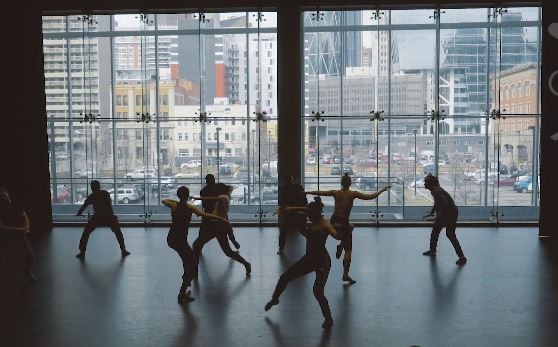 DJD has now completed their successful $28.5 capital campaign for the DJD Dance Centre which has quickly become a dance hub that is transforming community. Fifteen resident companies are using the new facility and thousands of Calgarians are attending shows, events, meetings, or taking a dance class. The buildings central location and welcoming design make it an integral part of our vibrant community. 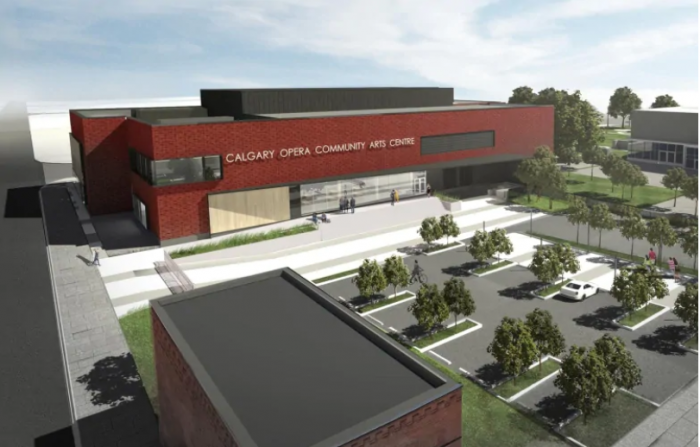 The unique partnership between Calgary Opera and the Calgary Stampede offers possibilities for both organizations to effectively move beyond their traditional sector borders to connect with a wider base of Calgarians. The new 45,000 sq.-ft.  multi-functional hub will include a flexible 400-seat performance/rehearsal hall, additional rehearsal, classroom and studio spaces, set-building, props and costume production shops and administrative areas for Calgary Opera and its arts partner groups. 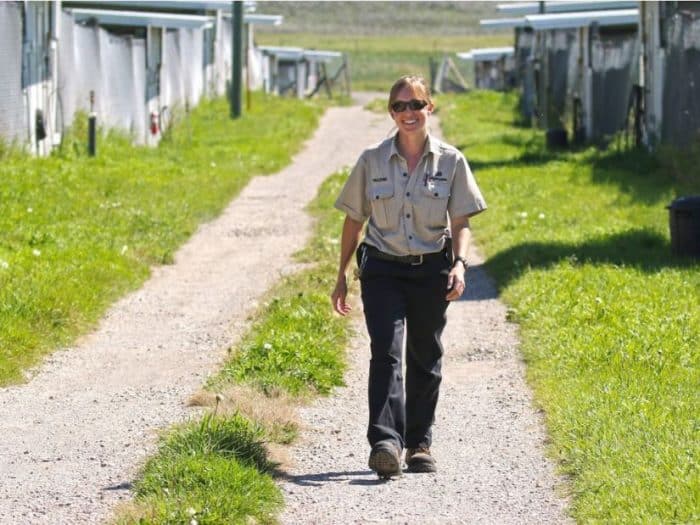 Calgary Zoo finalizing plans for new Wildlife Conservation Centre home. The only zoo in Canada with an off-site breeding facility, the centre will help to repopulate endangered species such as the whooping crane and the Vancouver Island marmot, two species that had fewer than 30 animals left on the planet at one point.

A crucial part of the Calgary Zoo that most visitors to the popular attraction don’t even know exists. – Calgary Herald article 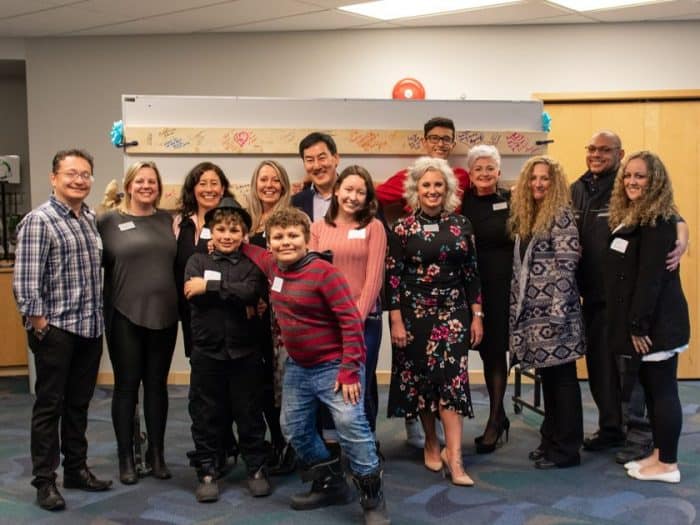 This is Habitat for Humanity Southern Alberta’s largest development to date, and will be a major contribution to Calgary’s affordable housing mix when completed in 2021.

It will see the construction of 32 townhomes in the family-friendly community of Silver Springs for sale to working families through Habitat’s affordable home ownership program.

“Research shows that there is a need for more affordable housing in Calgary, and these homes in Silver Springs will provide a much-needed opportunity for 32 families to buy their first home.” – PostMedia article 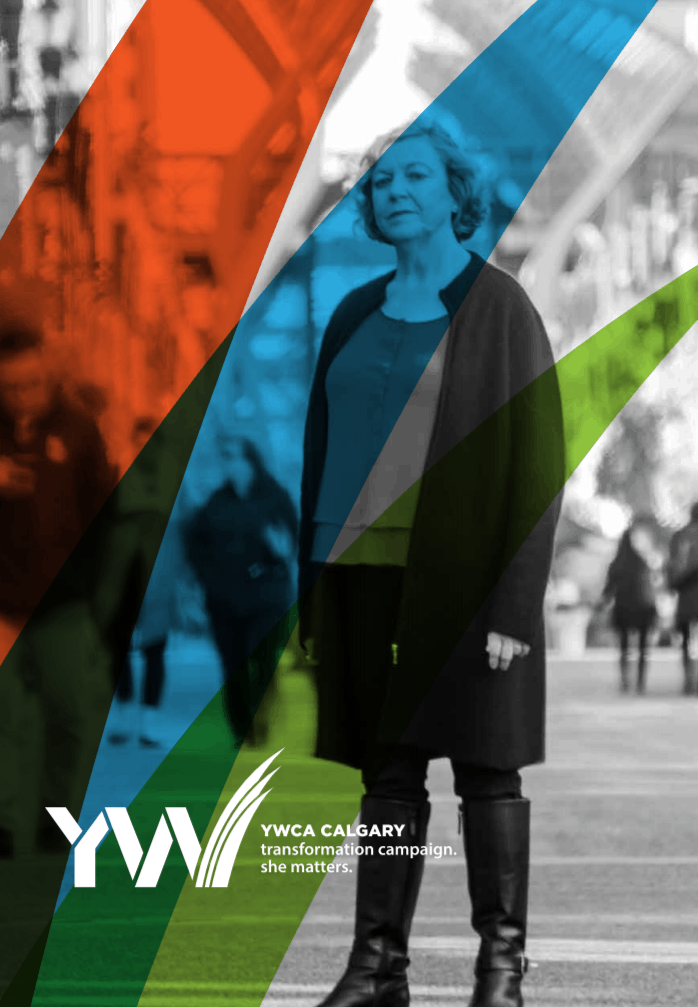 “It is important now more than ever before that YW Calgary have the facilities and resources to help women in challenging circumstances in our community to thrive and achieve prosperity. An investment in the YW Transformation Campaign truly is an investment that will pay big dividends not only today but for generations to come.” -YW case study 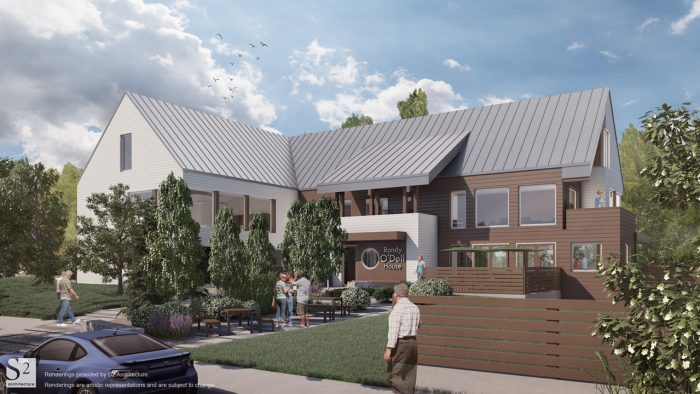 Wellspring’s Carma House in northwest Calgary has been over-capacity for five years and currently supports more than 3,600 individuals living with cancer. To address the growing need, Wellspring Calgary’s Randy O’Dell House is set to be a new permanent location in the southeast community of Seton. 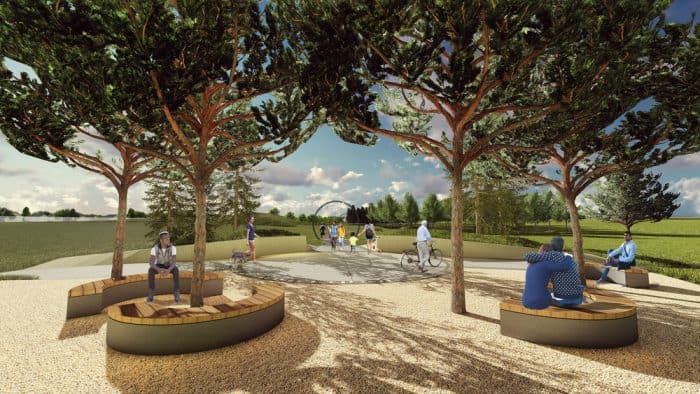 Parks Foundation Calgary announces Manmeet Singh Bhullar Park, paying tribute to one of Alberta’s greatest supporters of community.  The legacy park is located along the Rotary/Mattamy Greenway in Taradale, Calgary, close to where Bhullar lived. 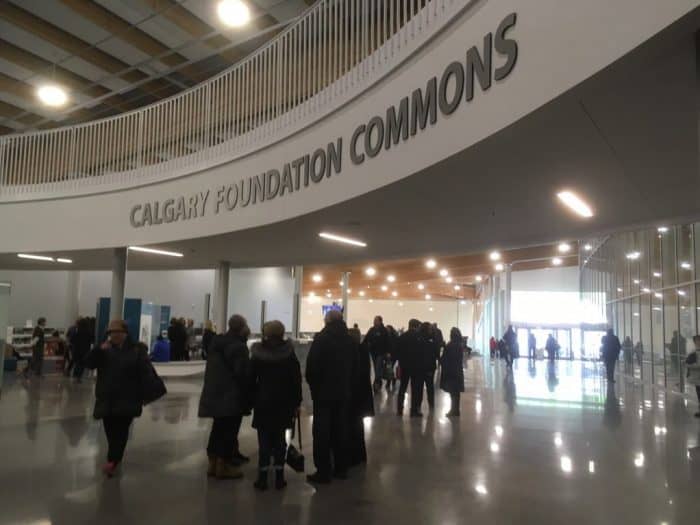 The Power of Potential Campaign was committed to raising $30-million dollars to greatly expand community services and reach more families in communities all over the city.

Fort Calgary to undergo major expansion as it seeks to become more inclusive.

“It’s not just about creating a nice new building. The biggest driver for this is that we really have shifted our mandate in terms of how we’re going to focus our efforts around the telling of history and the telling of stories,” said Fort Calgary president and CEO Linda McLean. – full article 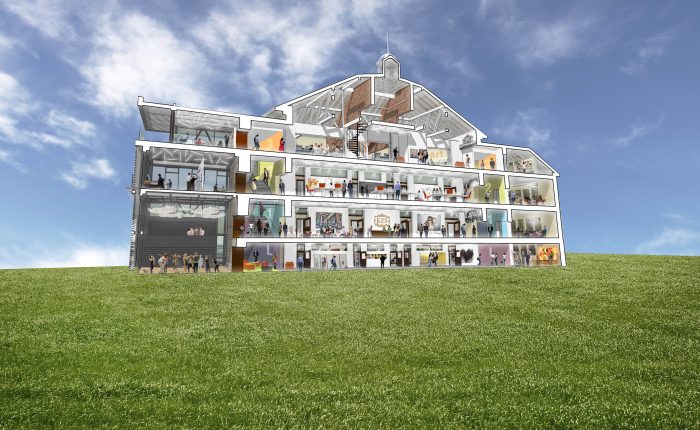 The King Edward School was built with sandstone in South Calgary in 1912, closed by the school board in 2001 and is about to rise again – as cSPACE King Edward. A 47,000-square-foot creative hub and arts incubator for a diverse group of artists and arts organizations. It will have studios, offices and production facilities, as well as exhibition and performance spaces – including a 130-seat theatre built in a new glass wing.

First Nations, Métis and Inuit peoples have concepts of rights and responsibilities based on worldviews in which everyone and everything is interrelated.

In one of the most dramatic spaces of the Museum, the focus is a circular theatre of curved wooden slats, some of which include original works of art. The theatre will play a 360-degree film that shares stories of Indigenous rights and responsibilities, as told through four different generations. 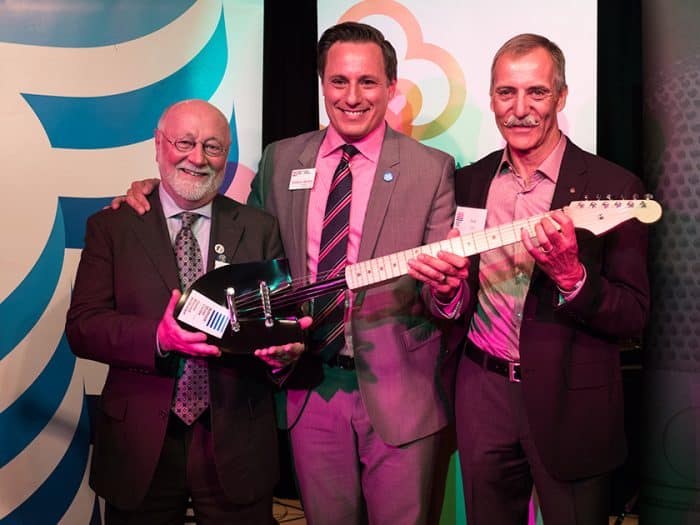 Music Centre CKUA’s new Calgary studio will be housed in the restored, legendary King Eddy Hotel portion of Studio Bell, home of the National Music Centre. Located at street level, the studio will be visible to the public and will be CKUA’s first publically accessible radio station in Calgary.

Calgary Foundation saw that the CKUA/NMC partnership presented a unique opportunity to bring the local arts and music scene to larger audiences throughout Alberta and across the world—and to give CKUA a Calgary home in the new NMC. 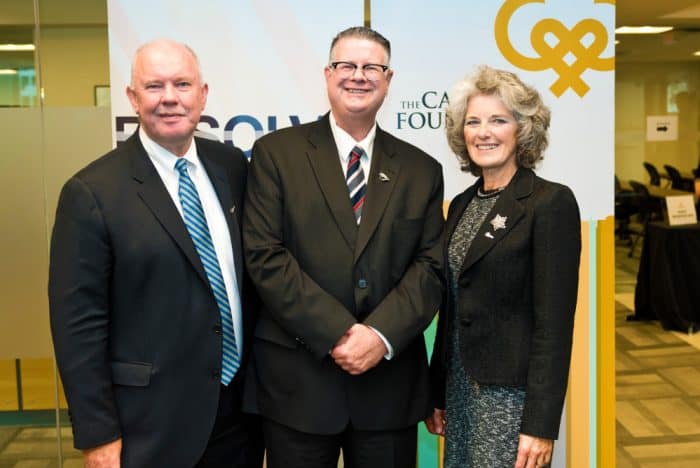 The RESOLVE Campaign: Making Calgary a better home for everyone

RESOLVE’s mission is to create affordable rental housing with supports for up to 3,000 vulnerable and homeless Calgarians. Nine social service agencies are working together in this first-of-its-kind collaborative Campaign to make these homes a reality.