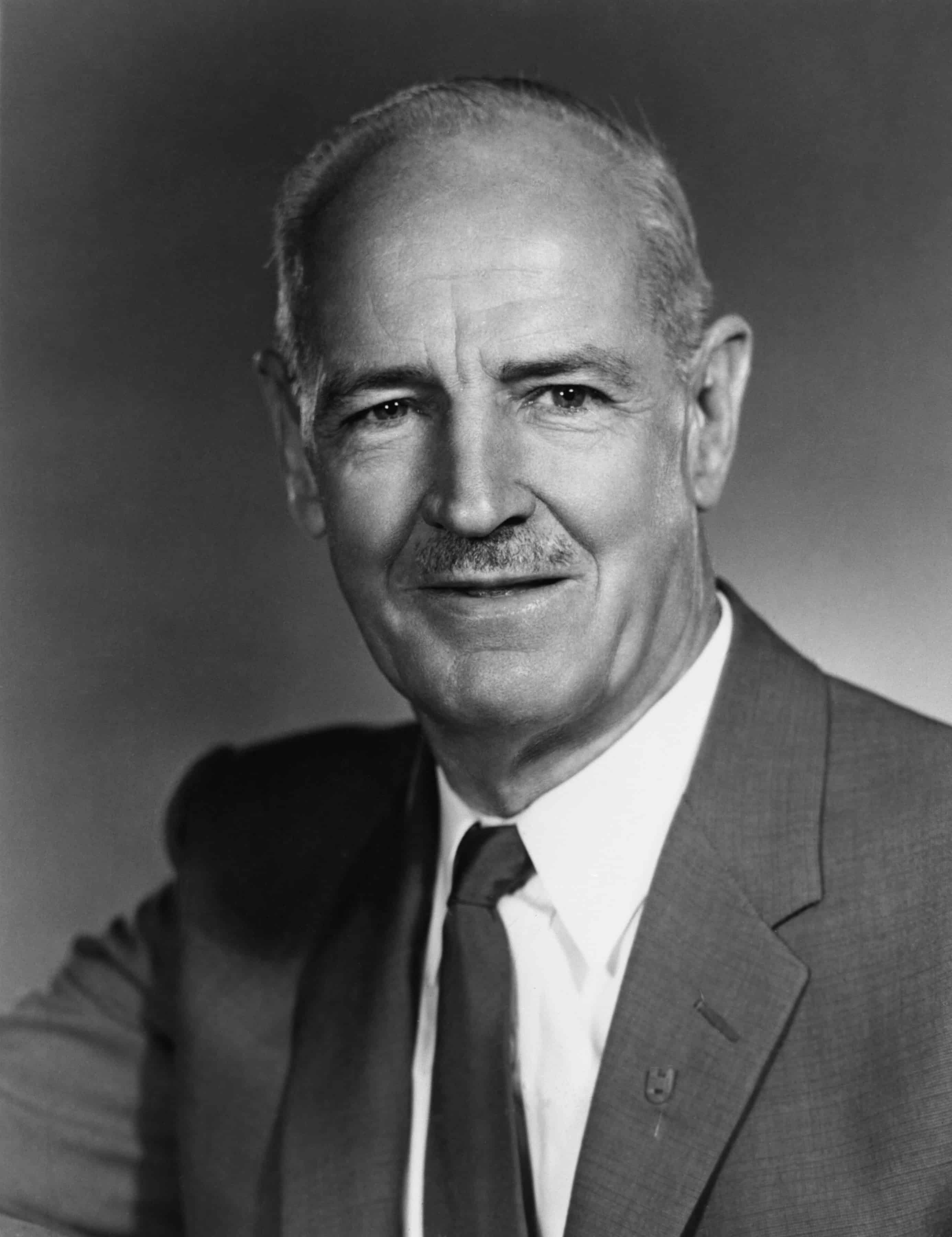 A founder of Calgary Foundation, Grant MacEwan is an iconic figure in our city’s history. His passion for community and nature live on in his Funds and his family.

It would be difficult to live in our city, or our province, without learning the name Grant MacEwan. A founder of Calgary Foundation and a passionate advocate of environmental causes, the iconic author, lecturer and politician left a permanent impression.

Born in 1902 in Manitoba, John Walter Grant MacEwan helped to found Calgary Foundation in 1955. He was elected to the Alberta legislature the same year, representing the riding of Calgary until 1959. He then became Calgary’s 28th mayor, in office from 1963 to ’65. From 1966 until 1974, he served as Alberta’s ninth Lieutenant Governor. He was also a respected professor at the University of Calgary and author of about 50 books, including many historical works detailing the settlement of the Prairies.

His extensive political and scholarly achievements led to his name being attached to dozens of landmarks throughout Alberta during his lifetime — he died in 2000 at age 97. But MacEwan’s passions for nature and community-building live on in his descendants and legacy. Calgary Foundation’s Grant MacEwan Nature Protection Fund and MacEwan Family Charity Fund are both focused on the welfare of animals, the environment and people.

“Father was always very giving to people who were less fortunate than himself,” says Heather MacEwan-Foran, MacEwan’s only child. “I was always tagging along when he was doing this sort of thing.”

One of MacEwan-Foran’s earliest memories of her father’s philanthropy dates back 65 years, to when the family lived in Winnipeg.

“He would assemble big Christmas hampers, which we’d load into a toboggan and walk in -30° or -40° weather to deliverto needy families,” she says. “I remember that vividly as something we did every Christmas.”

More than six decades later, MacEwan’s lessons in generosity are still paying dividends. MacEwan-Foran is a strong advocate for wildlife causes in Alberta, including the Alberta Institute for Wildlife Conservation, which receives grants from the Grant MacEwan Nature Protection Fund. The institute rehabilitates orphaned, sick or injured indigenous birds and animals.

Rather than simply ensuring the institute is funded, MacEwan-Foran also putsin about 30 hours a month of volunteer time working directly with the animals. Whether it’s feeding fledgling great horned owls or simply cleaning cages, the work is inspiring.

“It’s a small group, and I see first-hand where the money goes,” MacEwan-Foran says. “With some charities, huge amounts go to administration. With our group, it goes right to the animals.” MacEwan-Foran also helps Calgary Foundation with donor advisory recommendations. “My father was very committed to Calgary Foundation,” she says. “I think he’d be very happy with the great work they do today.”

As for the future, she’s confident her daughters, now in their late 40s, are carrying on the MacEwan philanthropic legacy. Fiona Foran, a yoga teacher, and Lynwyn Foran-Aebli, a kindergarten teacher, are very passionate about environmental causes. MacEwan-Foran says her family will continue to have strong ties to Calgary Foundation as well.

“I’d like to see the girls take over when I’m no longer doing the donor advisory part of my dad’s Foundation,” she says. “I’m sure that will happen.”