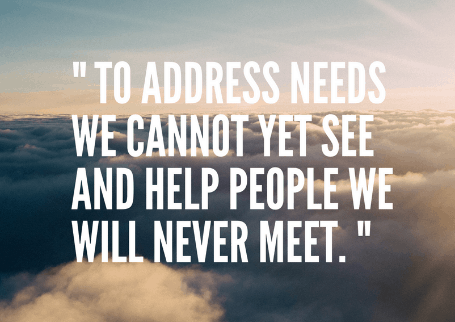 Large amounts of money from estates was sitting idle, unable to be used as the donor intended because the designated causes, such as a home for sailors without a vessel and a fund for destitute settlers who had lost their covered wagon, had become obsolete.

These visionary leaders imagined an enduring organization that people could leave some of their wealth, trusting in the knowledge that it would address the needs of those they could not yet see and help people they would never meet.

Wanting to give back to a community that had helped them be successful, the vision of a community foundation was led by Doug Hawkes. As a solider serving in WW II, Doug had never forgotten the generosity shown to him by Red Cross Agencies and he vowed to return the favour upon his return home after the war.

With an asset base of $100,000 from twenty generous donors who each contributed $5,000, the humble beginnings of Calgary Foundation began. The first grants were made to the United Way of Calgary and Mount Royal College totalling $1,500.

We honour the pioneers of the movement for their leadership and foresight to see the value of a community foundation for Calgary and area that builds a community where everyone belongs, now and forever.

V.L. (Doug) Hawkes was a proud, community-minded Calgarian. Upon returning to Calgary after WWII, Hawkes vowed to pay tribute to the generosity of strangers shown during his years as a Prisoner of War and was a driving force in establishing the community foundation for Calgary. 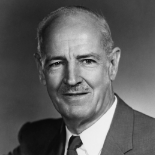 Recognized as one of the most respected Canadians of the twentieth century, MacEwan was an agriculturalist, educator, historian, lecturer and an author of nearly fifty books. He was Mayor of Calgary, Lieutenant-Governor of Alberta and served as the first Board Chair of Calgary Foundation. 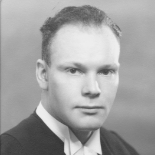 An accomplished lawyer and respected historian, Bredin was president of numerous local organizations. As Calgary’s City Solicitor, he generously waived his legal fees to prepare the bill to incorporate the Calgary Community Foundation in 1955.