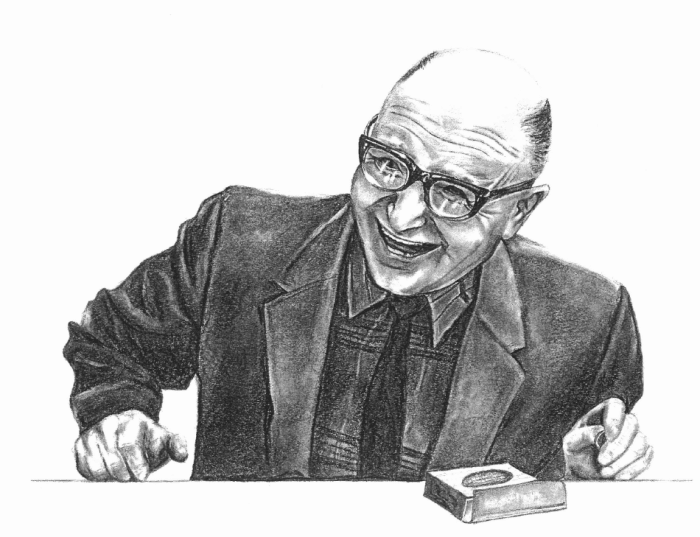 His indomitable spirit, solid work ethic, charm and sense of humour helped him navigate life’s challenges and spurred his career forward, from selling women’s nylons door-to-door in the 1950s to running an iconic small business in the ’60s and becoming a real estate investor in the ’70s.

Rochman loved to laugh and play practical jokes, despite the fact that his own background was like a newsreel of grim historical images.

Born in 1912 into a Jewish family in Warsaw, Poland, Rochman was one of seven children. He lost a brother who served in the Russian army, and later, the rest of his family — including his first wife and two children — perished at the Auschwitz concentration camp during the Second World War.

He was sent to a forced labour compound in Siberia, then later released into a refugee camp where he met his second wife, Chasia. He was finally freed in 1949.

The Rochmans immigrated to Canada in the early 1950s. Eventually, Rochman bought a grocery store, where he allowed customers to purchase on credit. Then, around 1960, he bought Harry’s News, a well-known store on Stephen Avenue. It carried newspapers and magazines from around the world and became the largest foreign publication dealer in Western Canada.

Rochman was described in a 1970 Calgary Herald feature as “part philosopher, part leprechaun.”

An example of Rochman’s sense of humour was captured in a 2011 Canadian Jewish News story about the Glenbow Museum’s Jewish cultural collection.

The reporter describes a tie clip Rochman donated to the museum that had the letters YCDBSOYA engraved on it. She asks the collection’s curator about its meaning.

“We laugh at the answer: ‘You Can’t Do Business Sitting On Your Ass,’” she writes.

Rochman sold Harry’s News in 1971, and became a successful buyer and seller of real estate. He passed away in 2004 at the age of 92.

Frugal in his life, Rochman left directions for the executors of his will and trustees of his estate to make distributions to charitable organizations after he was gone, with the intention of doing good in the community that had supported him for much of his life.